Our sports venue team structures, negotiates and documents deals for clients across the United States. Husch Blackwell’s arena and stadium experience spans MLB, NBA, NHL, MLS and NFL venues, as well as USL and Minor League Baseball, giving us the industry knowledge, contacts, insight and skills to steer clients through these politically-charged projects with a steady hand and seasoned perspective. Whether a sports facility project is a new ground-up development, a renewal of terms requiring additional capital improvements, or a significant redevelopment, we work closely with community leaders, team owners and financial advisors to clarify each party’s obligations and contributions and how the parties will respectively benefit. Because no pro sports venue is exactly like any other, we tailor our approach to each venue’s unique circumstances, with expertise to cover every aspect of a sports venue project – from financing and land acquisition to intellectual property and community benefits. Professional sports teams and their home venues drive community engagement, with lasting economic impacts – that’s why we’re driven to help our clients deliver on the opportunities a sports venue promises.

• Currently representing the City of Anaheim, as owner of Angel Stadium of Anaheim, in the nation’s first-ever fully negotiated sale of an existing publicly-owned ballpark to the home team ownership affiliate for a new, 100+ acre mixed-use development anchored by Angel Stadium. Leading the structuring, negotiation and drafting of the definitive documents for the transaction that includes a development agreement governing future site build-out, with a projected development value of over $5 billion; a non-relocation agreement that will keep the Angels in Anaheim for up to 55 years; and an assignment to the stadium site buyer of the existing City lease with the Angels ball club.

• Represented the City of Phoenix in the negotiation of a master amendment to the operating agreement with the Phoenix Suns for Suns Arena, with a value of over $300 million for new capital investment.

• Represented the public owner of T-Mobile Park in negotiating and drafting a new 25-year agreement with the Mariners that implements new quality standards to ensure T-Mobile Park remains in the top one-third of all MLB ballparks. Under the terms of the new agreement, the Mariners will contribute about $650 million to improvements at the ballpark.

• Represented the public sector in structuring and negotiating all the agreements for development, operation, maintenance and long-term use of the new $524 million Fiserv Forum for the Milwaukee Bucks.

• Represented the City of Phoenix in renegotiating the Milwaukee Brewers’ use agreements for the team’s city-owned spring training facilities, which included extending their term and negotiating the terms of conveying development rights to the Brewers for new mixed-use development on adjacent land.

• Represented the City of Sacramento in negotiating the primary agreements for the design, development, funding and use of the $477 million publicly-owned Golden 1 Center, home of the Sacramento Kings. This complex transaction called for developing a new arena and lifestyle mixed use development in the heart of downtown, while offsetting costs by selling development rights and land to the Kings at the site of their former arena.

• Represented Circuit of the Americas (Austin, Texas) in a $500 million mixed-use project consisting of over 1,300 acres surrounding the venue where the only American Formula 1 Grand Prix is held. The project will include two new entertainment venues, a USL soccer stadium, high-rise and mid-rise multi-family residential, two luxury hotels, and a luxury resort.

In addition to our Sports Facility Planning, Development & Use practice, we have one of the nation’s leading higher education practices, which includes a practice dedicated to collegiate athletics and NCAA compliance. Areas of specialization include comprehensive athletics compliance reviews; NCAA enforcement investigations; student-athlete eligibility; NCAA waivers; and NCAA rules interpretations. Recent matters include:

• Conducted an independent review on behalf of a Big 10 university of potential NCAA violations involving head coach’s provision of extra benefits to student athlete and worked with NCAA enforcement staff on behalf of university to resolve infractions case.

• Represented a Division I member institution before Division I Committee on Infractions in a contested case and successfully defended the institution against a charge of lack of institutional control.

• Represented an SEC university before Division I Committee on Infractions and successfully resolved recruiting violations.

• Conducted an independent investigation of a Division I coach’s conduct that allegedly negatively impacted health and safety of student-athletes. 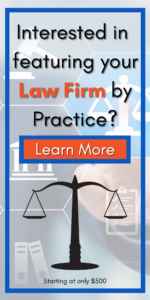